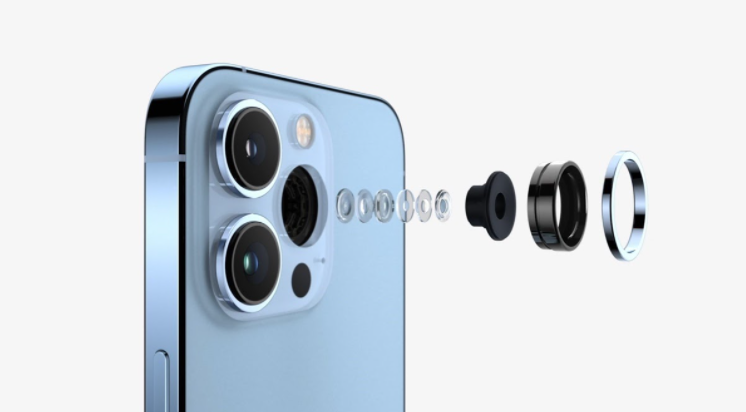 One of the things that have not been loved at all in the reviews of the iPhone 13, was the method that Apple has devised to take macro photos. The iPhone 13 has, as you are probably already aware, three rear cameras.

However, actually, there are four cameras. They are for in addition to the wide-angle. And a telephoto lens with more optical zoom than ever (3x) and an ultra-wide-angle.

This lens now allows you to focus much closer. Thanks to a set of moving components that correctly make the camera with this lens.The fourth camera with a macro lens that helps to take photos of very tiny things.

This method creates a problem that Apple has devised to use that macro capability. It’s simple; If you get very close to an object, just a few centimeters, the Camera App automatically switches to the ultra-wide-angle lens, focusing on it closely, without further ado.

When you do this, you can see the change on the screen, because the point of view changes slightly on the one hand. The other is the background which is no longer out of focus because the aperture of that lens is much less wide than that of the wide-angle.

Therefore, the depth of field, especially at such small distances, is much wider. Nothing is out of focus, not the background, not the elements closest to the camera.

That loss of blur with the change of point of view is very annoying. In this video, by Raymond Wong, you can see how it is? It is difficult to explain in words.

But it can be grasped when you see how it happens. What doesn’t help at all? The fact that on the screen the zoom button still indicates 1x.

It should be 0.5x since the macro mode is being used in an ultra-wide-angle. It should be possible to go back to 1x or 0.5x by pressing that button. But as it changes, that possibility is not allowed.

When they contacted Apple initially showed how they designed it, But later they confirmed that there will be an option to be able to disable this behavior and go to macro mode only if the 1x zoom button is pressed to go to 0, 5x.

It is so confusing that all the iPhone 13 reviews mention this issue as one of the most annoying peculiarities of this new generation of Apple’s smartphone.

Wait for iOS 15.1, or perhaps later, to be able to deactivate We will then have this option.