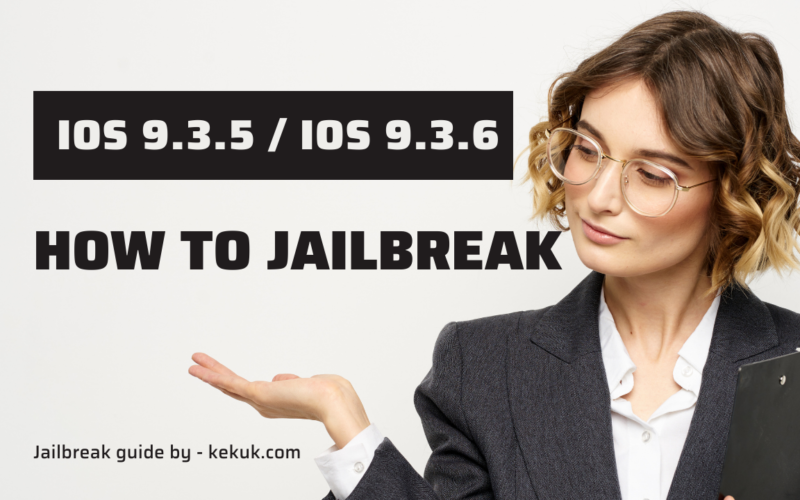 If you’ve already upgraded to the latest iOS version, you won’t be able to jailbreak or install Cydia unless you downgrade to iOS 9.3.5 or iOS 9.3.6.

As a result, please refer to the following links to identify the best options for your iOS version.

Jailbreak via the internet

You may also find Jailbreak repo extractors that allow you to install Jailbreak programs via various App Stores. The following are prominent App Stores where you can get Jailbreak Software and Repo Extractors for iOS 9.3.5 and iOS 9.3.6.

The developers have improved TweaksBox. This store currently does not have iOS 9.3.5 or iOS 9.3.6. AppValley can be downloaded for free.

Zee Store and ignition.fun were among the websites that were supported for iOS 9.3.5 – iOS 9.3.6 Jailbreak with Online Jailbreak IPA installations.

Unfortunately, there are currently no Stable Jailbreak tools released for iOS 9.3.5 and iOS 9.3.6.

As a result, you won’t be able to jailbreak iOS 9.3.5 or iOS 9.3.6 using this Home Depot semi-tethered jailbreak. The jk9357 team was responsible for this jailbreak.

JailbreakMe is an online jailbreak service.

Tihmstar has released the fourth version of JailbreakMe, an online jailbreak tool that can be used to jailbreak iOS 9.1 – iOS 9.3.5, with the exception of iOS 9.3.6.

It has simple instructions to follow. This is a jailbreak method for all 32-bit devices that do not require the use of a computer.

This is the first jailbreak that isn’t completely untethered. After each reboot, you’ll need to rerun the Pangu program on your device to re-enable the jailbreak. Pangu9 EN Version comes with both MAC and Windows tools.

Jailbreaking with a computer

To jailbreak your iOS 9.3.5 and iOS 9.3.6 iPhone or iPad, you must first install Cydia Impactor on your Windows, Mac, or Linux computer.

With Phnix Jailbreak, users may jailbreak all 32-bit smartphones running iOS 9.3.5 / iOS 9.3.6. Siguza and tihmstar created this semi-untethered jailbreak and tool. This is the only jailbreak tool that works with iOS 9.3.5 and iOS 9.3.6.

You may quickly complete the Phoenix Jailbreak procedure using the Cydia Impactor PC technique to jailbreak your iOS 9.3.5 / iOS 9.3.6 device.

Note: Along with the release of the iOS 12.4 final version, Apple published iOS 9.3.6 to correct the GPS bug on iPhone 4S, cellular models of the iPad mini, iPad 2, and iPad 3.

Step 1: Get the Phoenix 5. IPA and Cydia impactor from the App Store.

Connect your gadget to the PC in step two. Then run the Cydia Impactor that you downloaded.

Step 3: Open the Cydia Impactor tool and drag the Phoenix IPA file into it.

Step 04 – Here’s where you’ll enter your Apple ID and password. The jailbreak app will then be installed.

Step 05 – The Phoenix Jailbreak application has now been installed on your device.

Step 07 – Open the Phoenix app from the Home screen.

Step 08 – Click the “Prepare For Jailbreak” button to begin the jailbreak.

Step 09 – The jailbreak process now begins, which will take some time.

Step 10 – When the jailbreak is finished, your device will reboot.

Step 11 – The Cydia icon should now be visible on your home screen.

Note: You may need to try numerous times before the jailbreak begins.

kok3shi Jailbreak is a freshly published program by Sakura development for iOS 9.3.2 – iOS 9.3.5 jailbreak. It’s a 64-bit jailbreak that’s semi-untethered. This kok3shi version 1.0 beta 1 is SSH-only and does not install Cydia. It has now published version 1.0 beta 2 with a Cydia installer and a tfp0 patch enabled. Support for iOS 9.3 – iOS 9.3.5 jailbreak has also been expanded.

Please keep in mind that kok3shi is currently in beta and should only be used at your own risk. Additionally, because AltStore does not support iOS 9, you must use Xcode to install the kok3shi jailbreak program.

BetterHomeDepot was provided by Tihmstar as a tethered jailbreak tool. All 32-bit devices running iOS 9.1 through iOS 9.3.4 can be jailbroken with it. His program, however, does not support jailbreaking iOS 9.3.5 and iOS 9.3.6.

Requirements to begin the Home Depot Step-by-Step Guide.
MistapePlayerRC3.ipa can be downloaded from the following link.

IPA MistapePlayerRC3
Download Cydia Impactor for your operating system.
Passcode, Touch ID and Find My iPhone should all be turned off.
A computer that runs either Windows, Mac OS X, or Linux.

Step-by-Step Instructions from Home Depot (PC Required)
Connect the gadget to the computer in step one.

Step 02 – Launch the Cydia Impactor application, which will detect the device connection.

Step 3 – In the Cydia Impactor, drag and drop the Home Depot app IPA file. If you see a warning message, click OK.

Step 04 – The Apple ID Username and Password will be requested. Give it to them. The Home Depot app will then be installed on the iDevice.

Step 05 – Put your faith in the Home Depot app. Trust the developer by going to Settings — > General — > Profiles & Device Management.

Step 06: Open the Home Depot app on your phone or tablet. Accept the jailbreak by tapping the ‘Prepare for the jailbreak’ button. Then select ‘Proceed with Jailbreak’ from the drop-down menu.

Step 07 – To begin the jailbreak, click the ‘Begin Installation option.

Step 08 – Finally, Cydia will be installed.

It is possible that Cydia will be disabled after the device reboots. Semi — Tethered as a result of the Home Depot jailbreak. You can repeat steps 05 and 06 whenever you want to disable Cydia.

This is a new Pangu tool release that can only jailbreak iOS 9.2 through iOS 9.3.3 versions. All 64-bit devices work together. This semi-tethered jailbreak tool has guides for both Mac and Windows. For iOS 9.3.4, iOS 9.3.5, and iOS 9.3.6, Pangu team does not provide an update.

Step 1: Get the Pangu.IPA file.

Step 2: Get the Cydia Impactor app.

Connect your iPhone to your computer in step three. Launch the Cydia Impactor application.

Step 05 – If sideloading the Pangu app to your device is required, enter your Apple ID and password.

Step 06 – When the process is finished, the app will display on your iOS device. Before you open the app, you must first verify it. Go to General Device Management Trust in Settings.

Return to the home screen and launch the pangu app. Start your smartphone and then lock it.

Step 08 – The respringing procedure will take some time, but once it is finished, unlock your device. Cydia will finally appear on your home screen.

Pangu9 is a jailbreak tool.

Pangu Team has released an untethered jailbreak for 64-bit iPhone, iPad, and iPod touch devices supporting iOS 9.1 through iOS 9.0. Users of both Windows and Mac can use the new tool.

Step 1: Switch to Airplane mode on your device.

Step 04 – Check to see if there is enough free space on your device.

Then start the program as an administrator.
The Pangu v1.1.0 Mac version is required for Mac users. Then simply execute the utility that you’ve downloaded.

Connect the gadget to the PC in step 6.

Step 08 – It will reboot the device once in the middle of the jailbreak process.

Step 09 – Restart the Airplane mode on your computer.

Step 10 – You should now see a Pangu icon on your device’s screen. It should be run.

Step 11 – Click the Ok button to dismiss the storage almost full warning. The device will be restarted.

Step 12 – Cydia is now installed on your jailbroken device.

The PP assistance program can also be used to jailbreak iOS 9.2 – iOS 9.3.3. The PP Helper application is only accessible in Chinese and for Windows users. Pangu released this tool with the cooperation of a Chinese developer team known as PP Assistant. Unfortunately, jailbreaking iOS 9.3.5 and iOS 9.3.6 is not possible. For further information, visit the PP Jailbreak page.