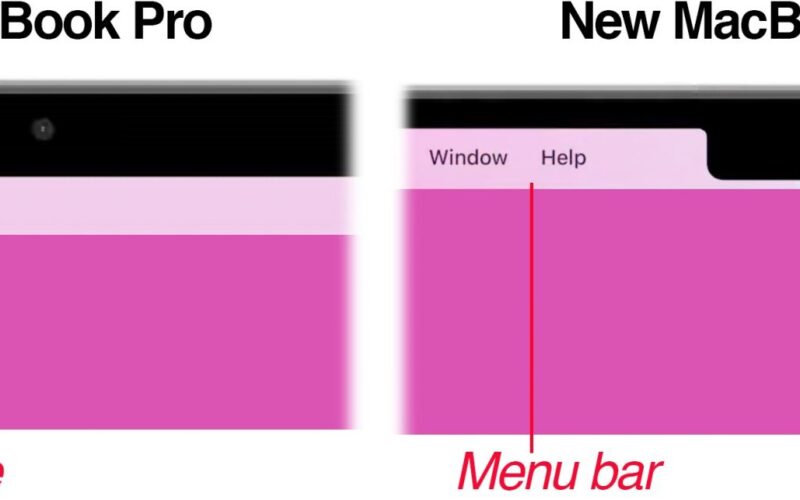 After the presentation of the new MacBook Pro with M1 Pro and M1 Max , many are complaining on social networks about that tab (or notch as some Spanish media now say without wanting to translate that word) on top of that magnificent mini led display that runs at 120Hz , or even mocking Apple, claiming that such a tab is not necessary.

Well, it is necessary, because that tab is not taking space from the screen. In reality, what it does is add it, or, perhaps better said, it enables it to be used.

Putting that tab allows you to expand the useful screen space too much closer to the edge, taking advantage of a space that, otherwise, would be totally unused. It’s that simple.

Looking at the entire family of Macs with Apple Silicon processors from Apple, the difference in the laptop’s screen edge becomes even more apparent, especially considering that the 13-inch MacBook Pro will continue to be sold without that tab on its screen.