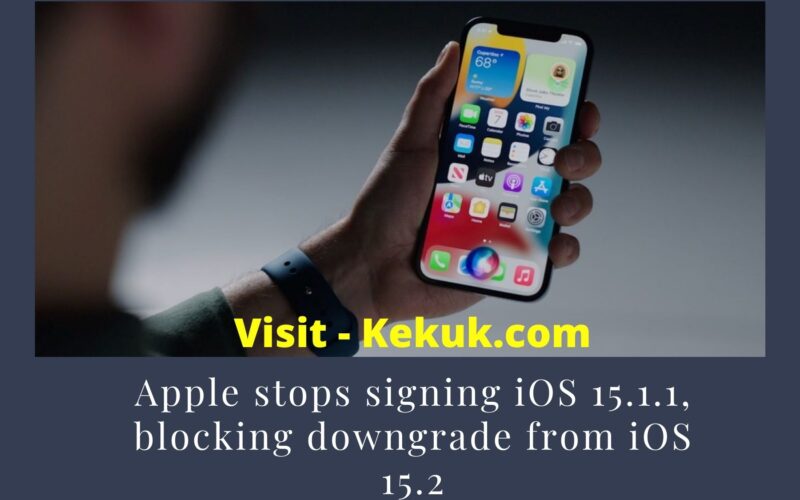 iOS 15.1 was released in late October to all users, including the Wallet app’s COVID-19 injection certificate, FaceTime’s SharePlay, ProRes for iPhone 13 Pro users, and more. The update also brought a manual deactivation option to the iPhone 13 Pro and iPhone 13 Pro Max.

Apple stopped signing iOS 15.1 for the iPhone 13 models in November, as the devices received the iOS 15.1.1 update to fix a specific bug affecting the iPhone this year. Now with iOS 15.2, iOS 15.1 and iOS 15.1.1 are no longer signed for any iPhone and iPad models.

Reversals to older iOS builds are often used by those who jailbreak their iPhones. Recovering an iPhone or iPad to an earlier version of iOS may also be useful for users who experience significant bugs after upgrading to the latest version of iOS.

Check out more about :

How to use the new communication security feature for kids in iOS 15.2